Vietnam approved an amended Labor Code, which came into effect in January 2021. The amendment to the labor regulations are a step towards aligning with international labor standards particularly as Vietnam integrates into the world economy as noted by the International Labor Organization (ILO).

Most of the code remains the same however, changes have been introduced to probationary employment, mandatory work rules, notice requirements, and other provisions generally suited to employees. 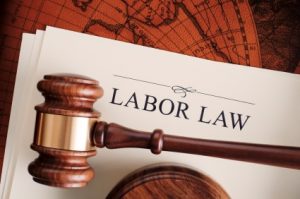 Key provisions of the labor code

Working hours: While the working hour limit remains the same as 48 hours per week, the new code states that normal working hours cannot exceed eight hours a day or 48 hours per week. However, if the employer and employee agree on an overtime deal, the overtime cannot exceed 12 hours a day, 40 hours a month and 200 hours a year. For industries such as textile and clothing, footwear and electronics in which seasonal orders during certain times of the year require an extensive workload, an overtime cap of 300 hours has been specified.

Labor contracts: The amended labor code now lists only two types of labor contracts as compared to three earlier. Definite-term contracts, which cannot have a term longer than three years, and indefinite-term contracts. The definite contract can only be renewed once. Foreigners who have work permits (valid for two years) will also be able to renew only once. Seasonal contracts will no longer be permitted from 2021.

Termination: In a boost to employees, employees will be able to immediately terminate a contract for mistreatment, pregnancy and if the employer fails to pay salary on time. As per the current labor policy employees are subject to minimum notice requirements (30 days for definite term, 45 days for indefinite term).

Unions: Vietnam will now allow independent trade unions to operate as opposed to currently being supervised by the state-run Vietnam General Confederation of Labor (VGCL). The independent union will still be required to get permission from state authorities to operate. This is partly seen as Vietnam enters into free trade agreements which require the opening of trade union rights. Nevertheless, further guidance will be required on how this will happen practically.

Retirement age: Vietnam will also increase the retirement age for men to 62 from the current 60 and increase the same for women to 55 from the current 50. However, workers may retire later or sooner depending on the situation. For example, employees working in dangerous environments or involved in heavy lifting can retire sooner, while those who work in the private sector or in high skilled jobs can retire later. The maximum extension for this will be five years. However, the increase in retirement age will be done gradually for men and women by 2028 and 2035 respectively. The increase in retirement has been done to avoid a labor shortage from 2040 and to address social insurance deficits.

In addition, the government will not regulate salary policies at individual companies that are negotiated between the employer and employees, however, rules on minimum wages must be followed.

Employees will also be entitled to an additional day off either preceding or after September 2 – the Vietnamese National Day.

To help implementation, the government issued Decree 145/2020/ND-CP (Decree 145) on guiding the implementation of the labor code which will be effective February 1, 2021.

While the decree is several pages long, we highlight some key points:

Sexual harassment: The decree is more specific on sexual harassment guidelines in the workplace. This includes any form of sexual harassment including physical, verbal or non-verbal harassment such as body language, display of sexual activity directly or electronically. The workplace has also been defined to include anywhere where the employee actually works including work-related locations such as social activities, workshops, business trips, phone conversations, vehicles, and so on.

Labor supervision: Once a company begins operations, the employer must make a labor-management book at the head office or branch or representative office about the basic information about employees. Any changes to labor must be reported every six months to the labor department.

Overtime: Employee consent must be obtained if the employer plans overtime work in regards to the term, locations, and overtime work.

Female employees: To make it easier for female employees, those that have children under 12 months of age, will be allowed to take a 60-minute break every day from work to breastfeed. Female employees will also be allowed a 30-minute break during their menstruation period. The number of days regarding the time off can be agreed by both parties but must be a minimum of three working days per month.

If female employees do not have time to take the aforementioned breaks and are allowed to keep working, the employee is required to pay additional wages for the work, which is separate from overtime pay.

The amended labor code will help Vietnam match international standards as it becomes a part of several free trade agreements including the European Vietnam Free Trade Agreement (EVFTA) and the Comprehensive and Progressive Agreement for Trans-Pacific Partnership (CPTPP).

The new code will have an impact on businesses and employers should seek to obtain assistance with regards to their labor practices to ensure their policies are legally compliant in 2021.

Note: This article was first published in December 2019, and has been updated to include the latest developments.

Above is our advice on the issue. If you need more detailed advice as well as how to access this service, please contact Lawyer – Mr. Nguyen Duc Trong directly via hotline: 0912.35.65.75, 0912.35.53.53 or call Free Consultancy Center 1900.6575 or send a service request via email: info@hongbanglawfirm.com

We wish you and your family good health, peace and success!